About David Wagner - The Tachyon Man

David Wagner, also known as TachyonMan, is a scientist, naturalist, spiritual guide, visionary, inventor, and energy healer. Twenty-five years ago David was given a vision, a blueprint for how to tap into the source of all energy in the universe, 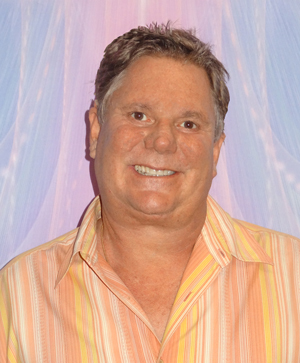 the energy that creates all material existence and provides the energy for our bodies to heal themselves. He named his discovery, Tachyonization.

The discovery saved David from living life as an invalid in unendurable pain. At work one day, twenty-five years ago, a file cabinet he was moving fell on him and crushed his back. The injury was horrible. He couldn't walk, could barely move his arms, and was in agonizing pain.

Doctors told him to resign himself to the fact that he would spend the rest of his life an invalid. They were wrong. David did not resign himself. Instead, one day, after being bedriddewn for nearly three years, living in agony, despair, depression, he had a vision. He was downloaded from Source a comprehensive blueprint for how to use tachyon subatomic particles to restructure materials at the submolecular level thereby creating tachyon antenna that can be used to heal, protect, rejuvenate, and heal.

His first step was to develop the Tachyonization process. Once that was done he Tachyonized three silica disks and applied them to his back. After six months he was miraculously healed. The pain was gone and complete freedom of movement was restored.  For the first time in nearly three years he could walk without pain. He was so excited and grateful that he went on to found his company, Advanced Tachyon Technologies. He realized the Tachyonization™ process was a profound breakthrough in applied science, alternative medicine, and energy healing. Since his discovery, David has Tachyonized over four hundred health and wellness products, all of which are available on this site.

Founded in 1990, Advanced Tachyon Technologies has become a multinational company with over four hundred personal and professional Tachyonized products that heal, preserve, and restore health. ATTI is the world's only manufacturer of Tachyonized materials.

In 2010, twenty years after the initial discovery, David Wagner was granted a USA patent in Tachyonization material testing. Which means, he has the only proven process to determine if a material is Tachyonized. Although there are other companies that claim they have Tachyonized materials, the United States Patent 7,760,357 has to date been used to test over fifteen companies that claim their products are also Tachyonized. None of them were able to pass the test. ATTI, is the only scientifically proven manufacturer of Tachyonized materials.

David is recognized worldwide as the father of Tachyonization™. His Tachyonized tools are in over 153 countries and have been used successfully by hundreds of thousands of people. Over three and a half million Tachyonized products have been sold worldwide.

David is acutely aware that we live in a dangerous world and wants the world to know that Tachyonized materials are THE solution. They guard and protect us from the many dangers to our health. Not only do they protect, they also enhance and rejuvenate our bodies and our minds, and help to keep us healthy and free of disease and illness. In fact, Tachyons are the most powerful of all forms of energy because tachyons are the energetic field from which all forms of energy are derived. Unlike all other forms of energy that have frequencies and, therefore, can be harmful, Tachyons have no frequency and are completely harmless. They can be used by anyone, anywhere, at any time.

When David first discovered his process of harnessing Tachyon energy in 1990 the words Tachyon, Tachyonization and Tachyonized were all abstract theories. Through years of diligent work, research and experimentation these complex theories have become legitimized realities in the world of alternative medicine and energy healing.

Tachyonized materials have been scientifically proven to promote neg-entropy. Neg-entropy is a physics term that identifies the movement from disease, chaos, and disorder toward balance, health and order. In simple terms, Tachyonized materials are catalysts to rapid recovery. They restore optimal energetic balance––the key to radiant health and longevity.

David believes it is of critical importance that Tachyon energy healing tools become available to everyone. Therefore, he has not flinched or slowed down from his mission to introduce the world to Tachyon energy. Quite the contrary. He has renewed his pledge and has declared that whatever it takes he is continuing his quest to put Tachyon health and wellness products into the hands of every man, woman and child on the planet.

Tachyons restore our physical, mental, and spiritual health and are catalysts for self-healing. Our health, and the health of the planet, need Tachyon energy and David Wagner is determined to see to it that Tachyons are as familiar, and as used, as Coca-Cola (and far healthier).